Our burgeoning civilization would need hundreds of planets to continue growing. But with no other worlds nearby that can support billions of people, we must build them from scratch. In the time it would take to “terraform” Mars, we can construct enough rotating habitats to house billions.

Based on elementary Newtonian physics, a rotating habitat is a cylindrical megastructure made of a rectangular section bent until the two longer sides meet, forming a tube and topped by two circular sections acting as lids on both ends. Earth’s gravity is simulated inside the rectangular section, or drum, by spinning the cylinder along the imaginary line connecting the centers of the two circular sections. Objects inside are accelerated outward pushing against the drum by the effect of artificial gravity. 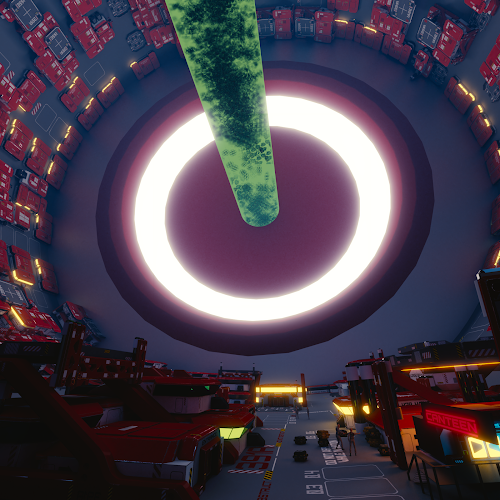 The most popular reference design was proposed by physicist Gerard O'Neill in the 1970s. With a 4-kilometer radius by 32-kilometer length, it has a surface over 800-squared-kilometers (or about the size of all five boroughs of New York City) and should be capable of housing ten million people. It assumed steel or aluminum as the construction material, but more modern 21st century materials, like Kevlar or Zylon, will allow us to push the original design much further, resulting in a megastructure capable of housing over twenty million people. 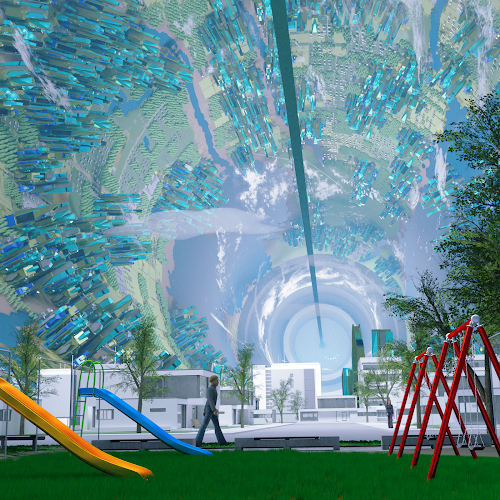 In space, solar panels capture seven to eight times more power than on Earth's surface. Crops can be engineered to grow in microgravity, along the rotating axis. In the not-so-distant future, we'll learn how to grow a steak without the cow, an apple without the tree, and so on, allowing each rotating habitat to be entirely self-sufficient. As our population grows, we'll add more rotating habitats around the sun, beyond the Earth's orbit, forming the first ring around the Sun. 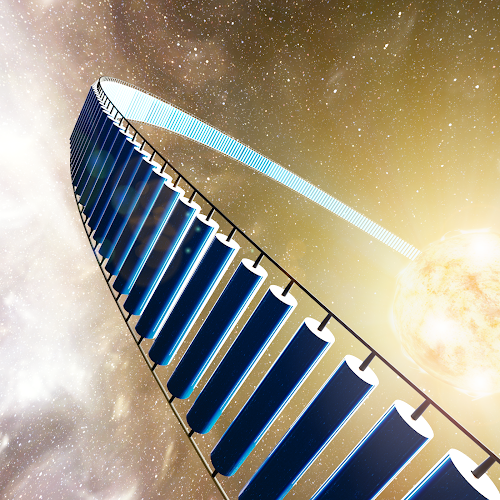 This is not a single megastructure, like Ringworld, but millions of freestanding ones, each rotating to simulate Earth's gravity inside. Vacuum tunnels at the top and bottom facilitate travel between the habitats. Powered by the sun, and with no friction to slow them down, vehicles inside can accelerate to blinding speeds by using magnets.